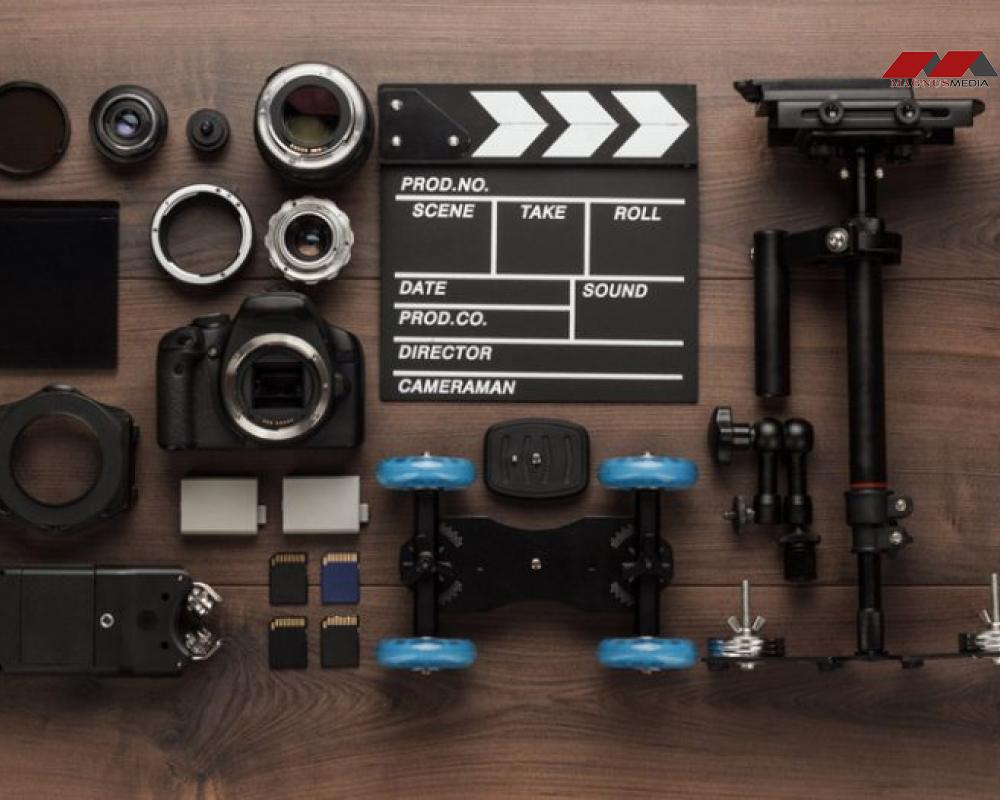 The Magnus Film Academy filmmaking training is the most intensive, instructional two months program in filmmaking with its prestigious scheme of work that differs from the rest

The program begins with intensive study in camera, writing and directing. Then, students begin shooting their individual exercises. The end of the two months is composed of editing class and post-production, ending with a final screening.

In the Magnus Film Academy filmmaking training, each student writes, produces, directs, and digitally edits his or her own film on digital video, and rotates among crew positions when his or her classmates shoot.

The CEO of Magnus Film Academy Mr Cyril Odenigbo gives vital lessons and information about filmmaking. He said there is no formula to filmmaking, be humble (it helps you work with others), enjoy and appreciate the fact that you get to work with creative people for a living, surrounding yourself with the best will bring out the best in you, learn to reduce the suffering from your failure, don't start shooting unless you have the script you want, have the courage to immerse yourself in things you're not familiar with, try to use as many different filmmaking techniques as you can, stay interested, allow challenges to help you grow as an artist, stay focused on your craft regardless of what's going on in the industry, life's too short to commit to a project you don't believe in, stick with your vision, go with your gut instinct, but listen to the creative minds around you, believe in yourself and trust that you're the right person for the job and finally take the next best job you can and keep working.

Film production consists of 7 stages from conception to circulation. From devising the concept of the film, finding funds, cast and crew hiring, editing, marketing the film, to ultimately distributing it, listed below are the stages that we go through while making a film.

1. Development
This stage mainly consists of planning and conceptualising a script, based off a book, another movie, a true story, or can even be an original concept. After approval, the director works with the writers to come up with a step-by-step outline of the progression of the film.

2. Pre-Production
In this phase, the key objective is to narrow down options and plan the development of the movie in terms of film cast, film crew, and budget. A line manager or production manager is usually hired during this process to create a schedule and manage the budget for the film. Pre-production also includes figuring out the shoot location.

3. Production
The production stage is when the actual practical film production work begins. The primary aim is to stick to the budget and schedule, which requires constant attentiveness. The film director works with the cast and crew to ensure that everything goes as planned. Communication is key between all the involved parties.

Photography is essentially the most expensive phase in film production. This is because of the salaries owed to the actor, director and set crew, as well as the costs of certain shots, props and special effects, if needed. All the previous stages have been set to ensure the smooth transition of photography. This is where the camera rolls, so it is important for the film director to follow the schedule and remain within the budget.

5. Wrap
The period immediately after the shooting ends, when all the cameras are turned off. During this stage, everything gets disassembled and the set is cleared of the cast and crew. All equipment and props must be returned in a functioning order, to the suppliers and there must be an inventory list.

6. Post-Production
In most cases, this stage will overlap the stage of photography but not always. A rough cut of the film is drafted, and the film director will begin reviewing and editing the footage as he coordinates additions which may be required from visual effects, music and sound design.

7. Distribution
Distribution is the final stage of the production process. The film must be distributed for the producers to make their money back. It is the work of these producers to strike a lucrative deal for distribution amongst the cinemas and other platforms such as Amazon Prime, Netflix, HBO etc. It is also important to secure the correct deals because they will determine the film’s reach and rake in the right amount of money to ensure the return on investment.

While viewing a film in the cinemas or other streaming platforms, we overlook the effort and manpower that has gone into the making; from the initial stages of development, to the conclusive stages of distribution.

BBNaija Reunion: The housemates are back!